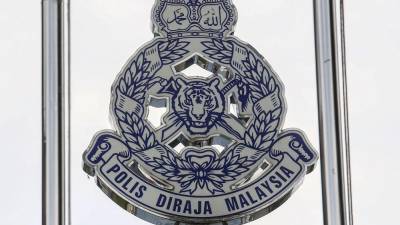 KUALA LUMPUR: A latest scam involving the sale of Covid-19 vaccines has emerged causing losses of almost RM55,000 to victims.

Federal police commercial crimes investigations department (CCID) director Commissioner Datuk Mohd Kamarudin Md Din yesterday said that the syndicate members would call their victims on the pretext of being officials of the Health Ministry and accuse them of selling Covid-19 vaccines in Facebook.

“The scammer would tell the victims that they will be facing action for the sale. Shocked by this, the victims panic and comply with all the scammers’ instructions. Later, the victims are ordered to make payment to a bank account given by the scammers. To date we have 38 police reports related to such cases with losses amounting to RM54,500,“ he said.

Mohd Kamarudin said there are also four previous cases involving the sale of Covid-19 vaccines to the public that are under investigation.

He said one of the cases was the high number of vaccine recipients given appointments which exceeded the supply of vaccines at an immunisation centre here recently.

Mohd Kamarudin said in another case, the probe was completed and the investigation papers were submitted to the Attorney-General’s Chambers (AGC) for further action.

However, he said the case was dropped by the AGC as there was insufficient evidence to prosecute the individuals who were involved.

Mohd Kamarudin said a total of eight people related to the four cases were arrested for investigations and were released on police bail.

He advised the public to be constantly cautious about such ongoing scams and not fall victim to them.

Mohd Kamaruddin said when in doubt or to channel information of criminal activities, the public should call the CCID scam response centre at 03-26101559 /1559.