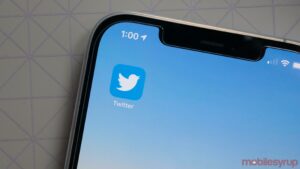 Twitter is reportedly going to launch a new ‘Voice Transformer’ feature to allow users to change their voices in live Spaces.

Voice Transformer was first discovered by reverse app engineer Jane Manchun Wong, who notes that the feature will “change your voice pitch or add echo to your audio.”

Twitter is working on Voice Transformer for @TwitterSpaces which changes your voice pitch or adds echo to your audio pic.twitter.com/EgSvherbnL

Wong posted a screenshot of what the feature will look like in Twitter’s mobile app. Once users select the Voice Transformer feature, they’ll see a note that directs them to “change how your audience hears you by selecting a voice transformation. Press and hold to hear how your voice sounds.”

Following Wong’s discovery, a developer named Steve Moser posted a list of the voice transformers that will be available to users. The options are: bee, cartoon, helium, incognito, karaoke, microphone, phone, spatial, stadium and stage.

It’s unknown when Twitter plans to launch this feature but we’ll likely learn more in the coming weeks and months.