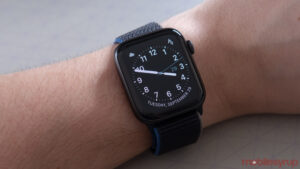 Just one week after the release of iOS 14.8, Apple has pushed out yet another update for iPhone and iPad users.

iOS 14.7.1/ipadOS 14.7.1 seems to fix one single issue — a glitch that caused Apple’s ‘Unlock with iPhone’ feature to stop working resulted in Touch ID iPhones users losing the ability to easily unlock the Apple Watch. This means that if you’re still clinging to an iPhone with a physical Touch ID button, you’ll likely want to download this update.

To download this update on your iPhone or iPad, navigate to the ‘Settings’ app, then select ‘General’ and finally, ‘Software Update.’